One of my all time favorite articles is written by one of the guys I graduated Campbell with, his name is Cory Kinsinger, PGA from Operation 36 in which he talks about consistency. The ability to go low is what separates the good players from the great players, and it’s really a mentality that you have to have. A story I hear a lot is someone that has to par the last hole to shoot their all time best score, and they end up making double bogey. Instead they should be thinking about birdying the last hole to beat the best score by 2. If you have a few minutes give it a read, I promise you won’t be disappointed ! – Brian 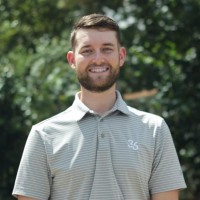 We have all been there and have all made this statement at one point in our golfing careers; “I want to be more consistent.” If you are a parent you have probably asked your junior’s coach how they can become more consistent. As a former full-time coach, I have heard both of those statements more times than I can remember, and on the surface, those statements make a lot of sense. But what if I told you that by chasing consistency you are most likely limiting yourself and/or your junior’s golf game. I know it sounds crazy but bear with me. I promise that after you are done reading this article you will change the way you look at improving at golf.

Are the best golfers in the world really that consistent?

Yes, and no. I know that seems like a vague answer and well, it is, but let me elaborate. Before we can settle that question we need to clarify what qualifies as being consistent. From a golfing perspective, I think we can all agree that being consistent would consist of shooting similar scores every time we played.

Personally, I think the issue that most golfers have is they think that being consistent is shooting similar scores to their “normal,” BUT never shooting more than 2-3 shots above their handicap. That is a recipe for disappointment and complacency! Let’s take a deeper look at why.

The scoring ranges for professional golfers are higher than you expect.

Would you believe me if I were to tell you that the average difference between the Top 10 PGA and LPGA tour players’ best and worst scores over a year is 14.45 shots? Well, it is true. First, let’s look at the men’s World #1 Jon Rahm. In 2021 you can see below that his best score was 63 and his worst score was 76.

Okay how about the 2021 PGA Tour Player of the Year Patrick Cantaly? His best score during the 2021 season was 61 and his worst score was 79.

Still not convinced? Let’s look at one final player, World #2 Nelly Korda. Her lowest score from the 2021 season was a blistering 62! Her highest score was 78, and that was on a Par 71.

So how consistent are they?

I know that is a lot of data and numbers to look at. We will dive into what that means for your game in the following sections.

How does this relate to the average golfer?

First, you need to set realistic expectations for yourself and your game. This is especially true if you are looking to get better and shoot lower scores. The best players in the world are not even as consistent as what I hear most recreational players asking to be! If we took the average numbers from their ratings and applied them to someone who shoots 90 for 18 holes on average that would mean that their consistency score would be ~4 and they would shoot outside of their range 25% of the time. So, if this player would play 100 times a year that means they would shoot outside of their normal range 25 TIMES.

Next, understand that this example is skewed because the average person is not going to have the ratings even close to those of a PGA or LPGA tour player. My only hope is that seeing this info allows you to understand that you are asking too much of yourself if your goal with golf is to become more consistent! What you should be looking to do is to become better. The better you become at golf the lower your average score, consistency score, scoring range, and the number of times you shoot outside of your average range will be.

What can I do to improve?

The number one thing that you must do if you want to become better is to track your progress. Most golfers do this by having a GHIN handicap, but you can also use the Op 36 Golf App to track when you play if you are part of an Operation 36 program.

The second thing you must do is only focus on the trend and not the individual scores or what I like to refer to as noise. For example, if you have ever tried to lose weight or gain weight you know that weighing yourself every single day can be a roller coaster of emotions. There are some days where you are making progress and then other days you are regressing, or so you think. The noise is the ebb and flow of your scores.

You are going to have good and bad days when you play golf. That is inevitable. The key that we are looking for is that over time your trend of scores is going down. Here is an example of exactly what I am looking for as a coach.

This is a graph taken from the Op 36 app, with the trend line added on after, and as you can see there is a lot of noise with the scores going up and down, but the overall trend from the start to the finish is going down. That is progress!

Now it is your turn

As we saw above even the best golfers in the world are not consistent based on the definition that most golfers think of. It is time for you to change your mindset and start looking to get better over time versus focusing on each individual score.

I want to leave you with a quote to help summarize this article:

“There are no mistakes in life, just learning opportunities.”

Your golf game, my golf game, your junior’s golf game, and even the world’s best golf games are full of mistakes. Use them as a chance to learn and remember, you want to get better at golf, not to get more consistent.